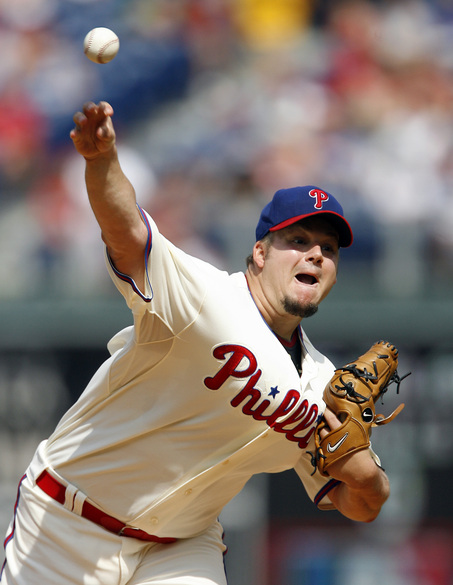 I’m still having trouble getting excited about the World Series this year. This game is intriguing to me though. I guess it took sending a former A’s player to the mound in Joe Blanton for me to get excited about it. I think Blanton will do better than people expect him to, especially since fans in Philly and New York are doubting him. He could go six and hold the Yankees to two or three. I was kind of excited to see Swisher actually do something last night, but in the midst of Halloween celebrations, there were other things that were more worthy of my attention. The old CC on short rest storyline is always over hyped. The guy has done it like fifty times already, we don’t need to keep hearing about it. I’m sure he’ll be extra fired up after losing the first one to Lee. One thing I’ll never understand about A-Rod is how all of New York forgives him when he gets one hit. If we start hearing the Mr. October bs again, I might have to boycott the rest of the series. Hasn’t he been sucking just as bad as Ryan Howard this whole series? Hopefully Blanton’s tendency to give up the long ball doesn’t include him serving one up to A-Rod… Jayson Werth has been hands down the scariest hitter on either team. I hope Philly can pull out a win, but they might have to wait another night like when they have Lee on the mound. I’m hoping for a slugfest tonight, which would improve Philly’s winning odds. Hopefully they can get to CC early or else they probably won’t get to him at all.