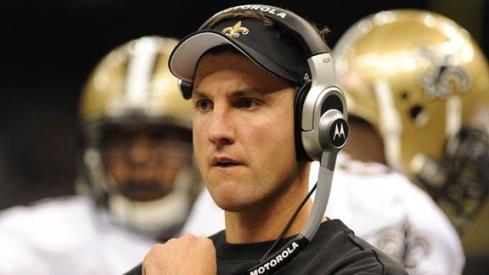 After about 1,000 names were linked to the Raiders head coaching job since they let go of Hue Jackson, they decided to go with Dennis Allen, the former Broncos defensive coordinator. Was he on the so-called “short list” that Reggie Mackenzie had going into the process? Maybe, but based on all the people he talked to for the coaching vacancy, his list wasn’t that short to begin with. I can’t say I was getting very excited during the search since two or three names seemed to come out each day, and some were good names and some were Mike Tice that made me question whether our new GM knew what he was doing. This hiring does make sense on a few levels though, and I can see the now youngest coach in the NFL being successful if he can change a few things.

It’s tough for me to get overly excited about Allen, but taking a strength away from the division champion Broncos isn’t ever a bad thing. I don’t know too much about Allen, but I was a huge fan of the way the Broncos defense played last season, and they deserved as much or more credit than Tebow for thier team’s success. Allen worked under some solid coaches in Sean Payton, Jim Mora, and John Fox, so I feel like he’s going to know what he’s doing in his new role.

The hire also addresses their two biggest weaknesses from last season which were defense and discipline. It was their first defensive minded coaching hire since before I was alive. Reading that Broncos players Champ Bailey and Von Miller were very sad to him see go only makes me like the hire more. Players don’t react unless they actually have good things to say, and when they don’t, you’ll either hear crickets or comments like when Bob Geren was fired as the A’s manager. Champ Bailey even went as far as to say he’s one of the most intense coach’s he’s ever had over his long career also adding the Raiders will now be intense, hard nosed, and tough. Even without a defensive coordinator on the staff yet, the defense will improve by the subtraction of Chuck Bresnahan who never really deserved the DC job to begin with.

The Raiders were the most penalized team in NFL history that had no discipline on defense, and at times, on offense. They needed to hire a no nonsense type of guy to get this team caring about those game killing penalties that seemed to happen every drive. It’s also good they get the HC hired sooner than later so they can focus on the other coaching vacancies before all the good coordinators get snatched up. I’d love to see Del Rio as the DC, so let’s hope that’s the next announcement out of Oakland.

I'm a dude that just hit 30 years old. Pretty much like everything that is funny, insightful, and has to do with the Warriors, A's, and Raiders. END_OF_DOCUMENT_TOKEN_TO_BE_REPLACED
This entry was posted on Wednesday, January 25th, 2012 at 12:02 pm and tagged with Dennis Allen, football, head coach, hired, NFL, oakland raiders and posted in Sports. You can follow any responses to this entry through the RSS 2.0 feed.
« Doin Championship Lines
RFP Of The Day: Chris Mills »