Chappy: Uh oh two bad weeks in a row. One more and it’s a streak. This is not good, I don’t have any excuses since there’s no basketball to distract me during the week from making good picks. Who really saw Baltimore and Oakland crapping the bed as much as they did, not I.

By:  2-2 I’ll take it, but more importantly 3-0 on my parlay card which means I cashed in for the first time this year.  Hopefully the good times will keep rolling as I could use the spare cash these days.  Anyway, on to the lines!

Chappy picks Carolina (-3.5). I find it amazing how much I’ve picked Carolina this year. At the onset of the season I didn’t see any way I’d actually pick them, but Cam has made me and everyone else a believer. I can’t wait to see Jarrod Allen try to bring down this beast of a QB, because he probably won’t be able to! Last week Minnesota actually made their game against Green Bay a good one letting AP off his leash finally. Maybe they’ll actually use him like he should be used (as the most complete back in football) Looks like they answered the big question on whether Ponder is a better fit to start than McNabb. Poor Donnovan’s fallen off faster than Culpepper did. Maybe he can join him in the CFL or Jamarcus on the retirement list.

Chappy picks Detroit (-2.5). I thought Tebow was impressive last weekend, but that was against the Dolphins, and only for six minutes. There’s noway Suh and Co will let Tebow dissect them, and send this team to three straight losses. Suh would rather knock the Jesus out of him in a dirty play than let Tebow run them up and down the field. Detroit is reeling after two straight losses, and while some have lost confidence in this team, I haven’t. I think the biggest blow to them was losing Javid Best, but since Stafford only had a small ankle injury and sounds like he’s going to play I have confidence in the Mega-Staff connection to beat a Denver that is all of a sudden over-rated. Detroit gets back to their winning ways convincingly. 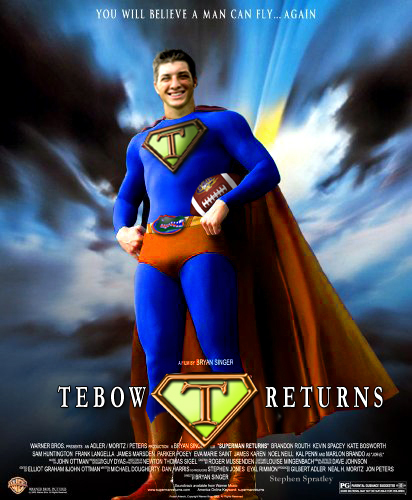 By picks Detroit (-2.5).  And hell shall freeze over.  By is going against Timmy Tebow.  I can’t believe it myself, but despite orchestrating a remarkable comeback at Miami last week, there’s no way to disguise the fact that he did it against, well, Miami.  The Dolphins suck.  Detroit is not Miami.  Now the Lions haven’t exactly been looking like world beaters themselves, losing two straight at home despite a raucous crowd that forces a hundred false starts every week, but they’re not as bad as this losing streak suggests either.  Both the 49ers and Falcons are admirable opponents, and missing Jahvid Best hurt the Lions versus Atlanta, hopefully he’s back this week.  But really, this game hinges on the availability of Matthew Stafford, who is day-to-day and should be good to go, and that being the case, I think Detroit pulls through in a close game, winning by a touchdown.

Chappy picks New Orleans (-13). It seems like New Orleans usually has a letdown after a huge scoring output like last weeks college football score, but the Rams haven’t shown as much life as the Jags this year, which is saying something. The Rams struggle at stopping the run as they rank dead last in stopping it, so I see a big game from Sproles, Ingram, and Thomas. Especially after they get up by a couple of scores. Atleast the Rams can look forward to week 9, when their schedule finally gets easier, and they play some teams that they might be able to work themselves into the win column. 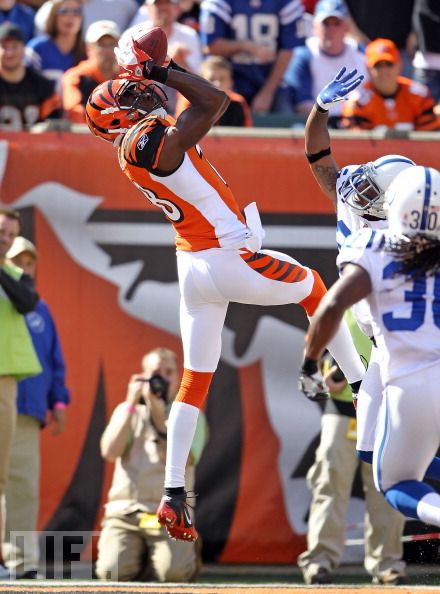 Chappy picks Cincinnati (-3). Did the Seahawks really play a 6-3 game last weekend against the Browns and lose?!? There weren’t weather issues, it was just straight ugly. Cincy had a bye week, and actually looks like a good team, and even with this game being in Seattle I would think this line would be little higher. I’m taking AJ Green to score more than the 9 total points that Seattle and Cleveland put up last weekend. Cedric Benson is serving his one game suspension, but then again that might be a good thing to get the old man out of the lineup, and put some guys in who can actually break away.

By picks Cincinnati (-3).  The Bengals have been one of the surprise teams this season, but they’ve done so flying under the radar.  Andy Dalton has proven to be a serviceable quarterback with solid upside, but to compose himself the way he has as a rookie is quite impressive.  He reminds me of a young Matt Ryan in terms of his calm state of being on the field.  Cincy’s offense doesn’t exactly jump off the page in terms of explosiveness, but with AJ Green running their routes, the Bengals are a threat to score on any given play.  But it’s their defense that’s been so impressive this season, yielding one of the best overall units.  Combine all the above, along with the fact that Seattle isn’t very good, and I predict a Cincy win by at least 7.

Chappy picks Philadelphia (-3.5). There’s only one reason I’m taking Philly, and it’s because Andy Reid is 12-0 after his teams’ bye week. Yeah, it’s been a rocky year for Philly, but I feel like they are probably healthier and their defense has to be better than it was in the first six games getting some extra practice in. They added a lot of new pieces, and I think they’ll start to gel more this weekend. Nnamdi, Rodgers-Cromartie, and Samuel will be able to pick off Romo at least a couple of times. Plus, Vick with some extra rest is never a good thing for opposing defenses. 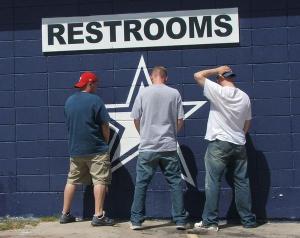 By picks Philadelphia (-3.5).  I can’t stress enough how big of a win it was for Philly, when they beat the Redskins two weeks ago, as it reignited their confidence heading to their bye.  Now they play host to the vulnerable Dallas Cowboys, who in my opinion are one of the most overrated teams in the league, and are actually worse than what their record indicates.  Yes DeMarco Murray went off last week, and yes he set a new Cowboys rushing record, but he did so against the St. Louis Rams.  While still impressive, it takes away some of the pop, just like how Tebow’s comeback win wasn’t as great because of who he beat.  Ultimately it boils down to this, until Tony Romo can make the right decisions consistently, I will not trust the Cowboys, especially against a Eagles team that’s about to peak.  Eagles big.

By picks San Diego (-4).  This is tough.  Kansas City is coming off a big win against the best team in their division, at their home.  Plus whenever the Chargers and Chiefs meet up, it’s usually an all out battle.  But Matt Cassel barely scratched 150 yards passing, had no touchdowns and two interceptions last week.  If not for such a weird set of circumstances surrounding the Chiefs/Raiders game last week, Matt Cassel would have probably cost Kansas the game.  That won’t fly against San Diego, even if they’re at home.  Plus, you know the Chargers want to make amends for not only blowing the game at New York, but choking on the two-minute drill to end it.  Chargers by 10.

I'm a dude that just hit 30 years old. Pretty much like everything that is funny, insightful, and has to do with the Warriors, A's, and Raiders. END_OF_DOCUMENT_TOKEN_TO_BE_REPLACED
This entry was posted on Thursday, October 27th, 2011 at 9:05 am and tagged with betting, football, lines, NFL, odds, picks, predictions, Spreads, vegas, week 8 and posted in Sports. You can follow any responses to this entry through the RSS 2.0 feed.
« NBA Fundraising Video
Mike Tyson on Energy Drinks… »