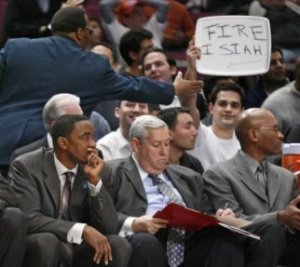 If you are a new coach at any level, whether it’s high school, college, or professional athletics, boy do I have a treat for you this week!  With the rash of poor decisions being made by high profile coaches across the country,  I have compiled four excellent examples of how not to behave as a person in such a position.  Don’t get me wrong, I’m sure there are several others out there, but these seemed to be the highest profile cases.

Each of these individuals is well versed in dealing with the media and speaking in front of large crowds.  It pretty much comes with the position, because even at the high school level coaches are asked to make speeches for groups like Booster Clubs, local Rotary chapters, or Pop Warner/Little League/etc. to encourage young athletes.  By the time coaches reach college and the pros, they are used to speaking in front of thousands and at times millions via broadcast.  Whether they are in front of 10 media members, 100 club members, several thousand students, or on TV, coaches are asked to be a leader of their community and a positive influence in all facets of life.

This week I will present the case of each “Coach Gone Wild” starting in chronological order of events from the summer and early fall.   We’ll examine exactly what they did and where they went wrong, and believe me it won’t be very difficult to find. 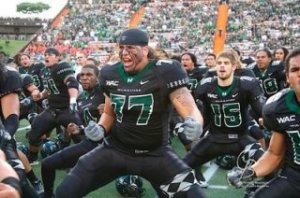 Brah, bathroom is that way!

07/30/09 – Hawai’i football coach Greg McMackin makes a huge blunder at the WAC media football preview for the 2009 season.  Coach McMackin described how Notre Dame, their opponent and guest at the 2009 Hawai’i Bowl, had done “this little (gay slur beginning with f-) dance” at a celebration the night before.  He used the term not once but three times while explaining why Notre Dame might have been so fired up to play Hawai’i in the 2008 Hawai’i Bowl.  At the banquet the night before, as the Fighting Irish finished their version of a “ha’a”, an intense Polynesian war dance and chant performed by the Warrior’s before each game, Coach McMackin had his boys show up the Irish with a dramatic performance of their own.  Needless to say this made quite the impression on the entire banquet, and the next day’s game was won handily by Notre Dame 49-21, giving them their first post-season victory in the past 15 years. 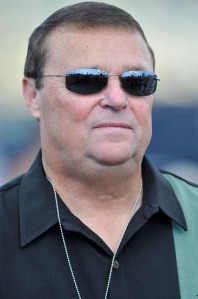 Not so cool Coach, not so cool

Here is Coach McMackin’s explanation of what happened and why: “What I was trying to do was be funny and it wasn’t funny,” he said, according to a recording of the conversation posted on the Idaho Statesman’s Web site (provided below, with full graphic language of original statements). “It’s not funny. Even more, it isn’t funny to me. I was trying to make a joke and it was a bad choice of words. And I really, really feel bad about it. … It was really stupid.”

Bravo Coach, hindsight is 20/20, but the damage has been done because you’ve made it apparent the word rests on the tip of your tongue as an insult.  We the general public understands a word like that is used a hundred times a day on the field and in the weight room all across the country.  It’s not right there as it’s not right anywhere, but those are your places and you do as you please.  The WAC 2009 Preview event is definitely the last place you want to use a word like that.  Thank you for bringing your locker-room mentality and verbiage out to for show and tell so the public can fear and pity the sad state of affairs in athletics today.